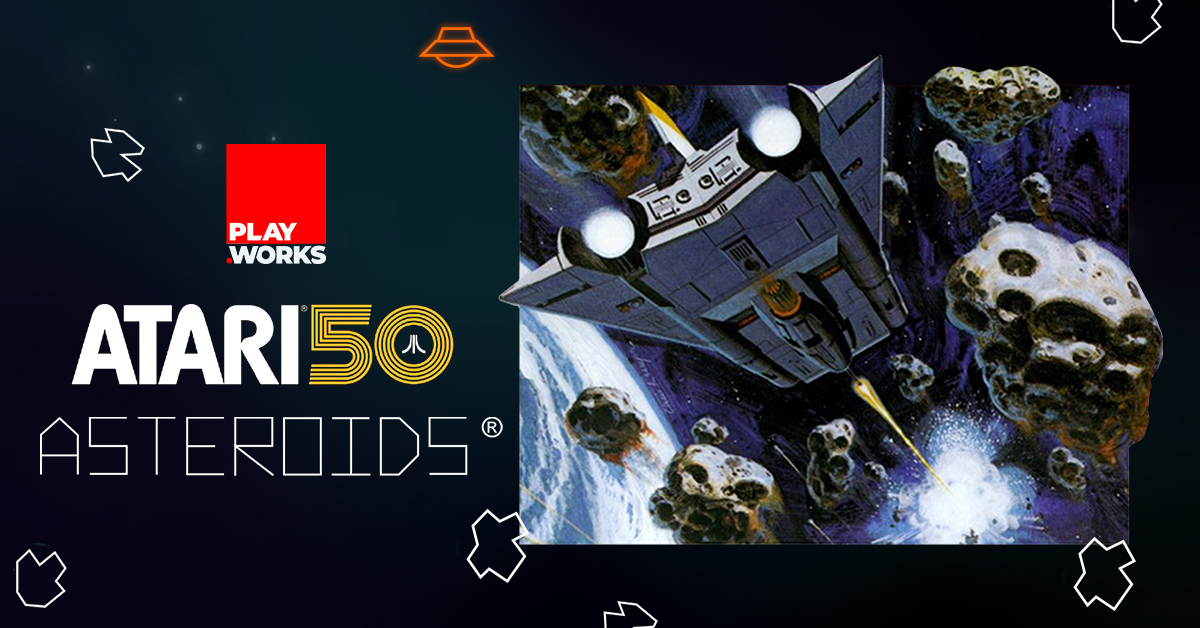 ‍Asteroids® will be the first of Four Atari® Games developed and distributed by Play.Works

Tel Aviv, Israel, March 29, 2022- Play.Works, the leading Connected TV Influencer Video and Games Network, today announced that the pioneering Atari arcade hit Asteroids is available to play through the Play.Works Network, which reaches over 200 million homes and is part of the largest Connected TV games catalog in the world. It is the first of four Atari titles to be added to Play.Works Network.

Originally released in 1979, Asteroids was a pioneering arcade hit, using vector graphics, a tension-building minimalist soundtrack, and risk-reward gameplay as each asteroid splits up to create an unforgettable experience.

Play.Works has redeveloped Asteroids for TV, and it will be available on leading platforms such as Roku, Comcast’sXfinityX1, Videotron and Shaw (Canada), SkyQ, and Smart TVs such as Vizio, LG, XClass TV and Samsung. Connected TV streaming devices remain the most-used way for viewers to watch online videos. By creating games for these devices, Play.Works is leveraging this growing trend to give players the optimum viewing experience through a suite of easy-to play and highly engaging games.

“As we celebrate the 50th anniversary of Atari, our partnership with Play.Works provides an innovative TV platform upon which fans can play our classic video games” said Wade Rosen, CEO of Atari.

“Play.Works finds itself in the middle of the Connected TV revolution. We are seeing yearly growth in key performance indicators like Monthly Active Users, time spent in the games as well as growth in advertising and in app purchase revenue. We are delighted to give our users great new games every month and this month’s launch of Asteroids is a great testament to a game that was and always will be a fan favorite,” said Jonathan Boltax, CEO of Play.Works.

Play.Works is the leading games platform distributed through connected devices. Founded by interactive television pioneer Jonathan Boltax, Play.Works boasts the largest games OTT game catalog in the world with over 400+ titles. Play.Works also leverages their proprietary connected device development framework that allows for rapid development across multiple Connected TV platforms to publish and distribute over 100 AVOD apps .Play.Works games and AVOD apps can be found on world leading players such as Comcast, SKY, Roku, Vizio, LG, Samsung and more with a combined reach of over250M homes.

Atari is an interactive entertainment company and an iconic gaming industry brand that transcends generations and audiences. The company is globally recognized for its multi-platform, interactive entertainment and licensed products. Atari owns and/or manages a portfolio of more than 200 unique games and franchises, including world-renowned brands like Asteroids®, Centipede®, Missile Command®, Pong®, and Roller Coaster Tycoon®. Atari has offices in New York and Paris. Visit us online atwww.Atari.com.